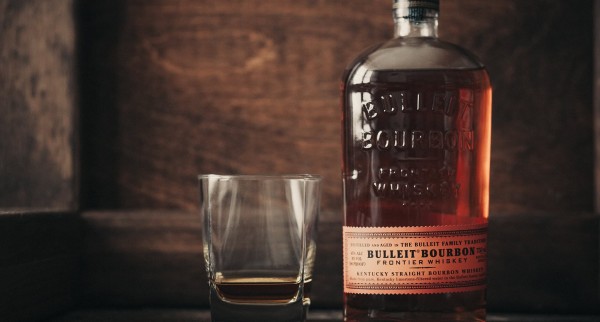 The caramel color, the smoky smell, and (of course) the fantastic taste - these are just some of the common characteristics of bourbon.

But, beyond these general descriptions, bourbon, or whiskey, whichever you choose to call it, has many layers that make it so appealing to people all over the world. And, although it’s had a slow start in the UK, 2017 saw a veritable tidal wave of bourbon flood our shores.

For those of you wondering what it takes to turn a whiskey into bourbon, Esquire provided a Cliff’s Notes which is very easy to follow. Essentially, bourbon is a spirit that’s made from at least 51 percent corn, is aged in new charred oak barrels, and is made in the good ole’ US of A. Once the production and resting proof is regulated, the bourbon in the barrel is then bottled at 80 proof (40% ABV) or higher.

That’s because there’s an almost unspoken rule when it comes to bourbon and that is that you should never tell someone how they should drink their bourbon. Bourbon drinking is all about personal preference and the experience of the spirit is unique for each and every person.

The evolution and popularity of bourbon in mainstream culture continues to take shape and part of that is because you can enjoy bourbon in a variety of ways. It can be made neat, mixed, straight up, or on the rocks.

If you haven’t hopped on the bourbon train yet but have been thinking about doing so, we’ve put together five reasons that you should drink bourbon this New Year!

The caramelized sweetness from the charred oak new barrels makes bourbon one of the best drinks to pair with a variety of foods.

Of course, you want to make sure that the bourbon complements the food and vice versa. You don’t want one to overpower the other. That being said, given the fact that bourbon originated in the south, it makes sense that some of the best pairings for bourbon are southern foods like beef brisket and other dishes with fatty meats.

A good rule of thumb to deploy when pairing bourbon with food is based on the proof of the bourbon. Experts suggest that a great pairing to try is poultry or pork with higher proof bourbons like the magnificent Maker’s Mark bourbon – a perfect choice for an introduction to the wonderful world of bourbon.

2. Bourbon works great in a cocktail

Sure, Champagne is a tried and tested drink option to ring in the New Year, but why not mix things up with bourbon this time?

If you’re new to the bourbon scene, Wide Open Country put together five killer bourbon cocktails that you and your guests can enjoy this New Year’s Eve. From a Bourbon Fizz to a Bourbon Sour, these festive drinks will not disappoint.

However, one bourbon cocktail that we’d definitely urge you to try next year is the boulevardier. Similar to the negroni (which also saw a huge revival in 2017) the boulevardier consists of equal parts bourbon, Campari and red vermouth and provides a rich and intriguing substitute to its gin counterpart. To avoid the Campari overpowering the bourbon, we suggest that you use bourbons that use rye in the mash, such as Buffalo Trace. We would also consider something with a relatively high proof so the flavors of the bourbon come through.

Did you know that whiskey has as many antioxidants as wine? So, if you’re not a wine person and don’t want to miss out on these health benefits, pour yourself a shot of whiskey. In fact, Forbes reported that whiskey has higher levels of ellagic acid, which helps absorb rogue cells in the body.

4. Bourbon is low in carbs, fat, and sugar

Alcohol has never really been known as a diet-friendly endeavor. However, in comparison to other spirits and beers, whiskey is at the top of the pyramid for being on the lighter side. Whiskey contains virtually no carbs (a shot of whiskey contains less than 0.4 grams), fat, or sugar which makes it easy on the waistline. All three of these factors makes drinking whiskey the lesser of the evils when it comes to drinking and weight gain.

Like we mentioned before, how you drink your bourbon is based on personal choice which makes it extremely versatile.

Now, if you really want to get into the nitty gritty and learn the ins and outs of bourbon, there are steps you can take to broaden your horizons and expand your bourbon palette. You can start by reading the label to make sure that it’s straight bourbon which means that it has not be altered at all.

Next, you’ll want to adjust the way you drink it. Consider skipping the shot glass and opt for a glass that helps you capture the strong aromatic flavors of bourbon. Old Fashioned or Glencairn glasses are great options to help enhance your bourbon experience.

As Mark Twain wisely said, “Too much of anything is bad. But too much good whiskey is barely enough.”