Behind the Bottle: Jose Cuervo 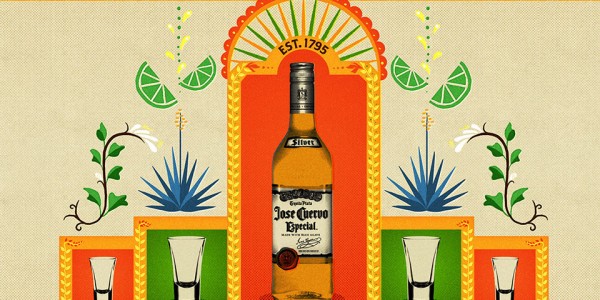 Today is a special day. Or should we say, especial day...that's right, it's World Tequila Day! *excitedly shakes maracas*

In celebration of World Tequila Day, we're taking a look behind one of our favourite bottles on our virtual shelves, Jose Cuervo.

Love it or hate it, Jose Cuervo has become a brand often used synonymously with tequila - as well as other, less reputable things - and it quite rightly should. After all, it's the brand that invented the whole category. Fact.

One of the largest producers of tequila today, Jose Cuervo dates as far back as 1758 when a certain Don (Lord) by the name of José Antonio de Cuervo obtained a patch of land in the small town of Tequila, Jalisco. Ring a bell? Yep. Unbeknownst to José, it would be in this small town that a 250 year-long dynasty would begin - as well as a super delicious spirit!

However, ole José might have had mixed feeling about that dynasty if he were still alive today...

Although he'd likely enjoy seeing his life work become one of the bestselling tequilas in the world, we aren’t so sure Senõr Cuervo would have been enthusiastic with his family name becoming synonymous with student rites of passage of shooting warm Cuervo in university bars. 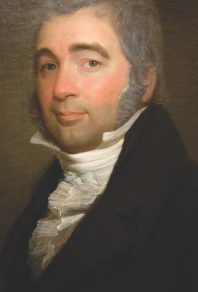 Not much is known about Don José Antonio de Cuervo’s early life. It is reported that he was a farmer, although it isn’t clear what he grew prior to the delicious Blue Agave that he's now known for. What we do know, however, is that in the early 1700s Antonio de Cuervo registered to produce 'Mezcal Wine' at his popular tavern, La Chorrera in La Cofradia de las Animas.

Mezcal Wines (or Mezcal, to most) had become extremely popular in South America during the early 1700s. The spirit was produced and exported as far away as Mexico City and had developed a reputation for excellent quality, largely promoted by miners working at the Bolaños silver mines northeast of Guadalajara.

José Cuervos beginnings in the production of Mezcal not only gave him a wealth of knowledge in fermentation and distillation, it also gave him wealth full stop. José reportedly sold over 20,000 liters of his Mezcal to Guadalajara alone during the distilleries run. Not bad going for a farmer.

But it was in 1758 when the real magic started, Señor Don Jose was given the right to cultivate land for Agave by the one and only Kind Ferdinand VI of Spain in the town of Tequila, Jalisco. He purchased the property from Vincente de Saldivar, who already had a small distillery in operation - which was handy. 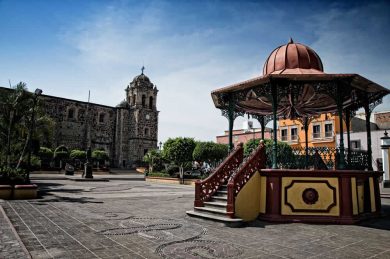 Image of Tequila en Jalisco, the birthplace of tequila.

Unfortunately, in 1764 Señor Don José passed away (No way, José!). However, he had already set into motion the recipe for success. Within two decades, Señor Don José’s vision was beginning to form.

In 1781, José's family was already producing more than 40x the amount of Mezcal Wine than José produced in his tavern years before. This only lasted for four short years, though when King Charles III of Spain decided that only Spanish wines and liqueurs were to be allowed.

But when you have as much passion for creating quality tequila as the Cuervo family, silly little things like laws aren't going to stop you. Secretely, the Cuervo family began to produce Tequila underground, to avoid prosecution.

Eventually, Spain realized they would benefit far more from taxing the production of tequila than trying to prevent it - much like scotch in Scotland, or bourbon in the US. Once the ban was lifted, Señor Don José’s family began producing like it was going out of fashion! - FYI: it wasn't.

1795 was a historic year for booze. It was in this year that Señor Don José’s son, José Maria Guadalupe Cuervo was given the first license by Spain to produce the Champagne of the spirits world, Tequila.  And, much like Champagne, it was only a few years later in 1800 when the first tequila was aged in wood - creating the the reposado especial that we all (well, most of us) know and love today.

Today, Don José Antonio de Cuervo’s dream has certainly been realized. His business is still run by his family, as he wished. His brand has become one of the biggest producers of Tequila today, and his niche creation has become even bigger than the Mezcal wines it evolved from.

Truly a brilliant man that will forever be a part of Tequilas history.