Behind the Bottle: Pyotr Smirnov 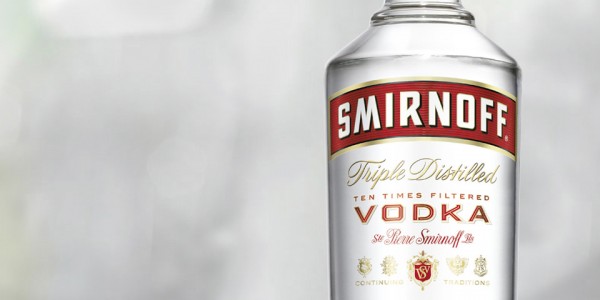 As part of a brand new series, we'll be taking a sneak-peek behind our digital shelves at the extraordinary men and women behind some of our favourite bottles. Whether old or new, big or small, rich or poor, these incredible figures have in some way shaped the world of drinks today - and that deserves a toast!

And what better place to start than the unlikely story of the poverty-stricken serf who would later become one of the richest men in Russia, Pyotr Smirnov. Ring a bell? It should. Hint: the man could have quite possibly coined this saying himself...

"A man comes from the dust and in the dust he will end—and in the meantime, it is good to drink a sip of vodka." - Old Russian proverb. Obviously. 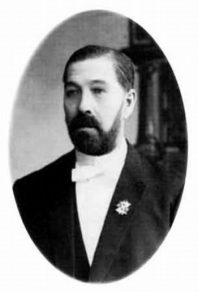 There are plenty of rags to riches stories these days, from Steve Jobs to David Beckham, but not many can stand-up to the truly inspiring story of Pyotr Smirnov, creator of Smirnoff vodka (shock horror!).

You see, there were no silver spoons for poor old Pyotr growing up. Born a serf, he was literally someone else’s property for the first 30 years of his life! Which makes it all the more impressive when you consider that, by the time of his death in 1898, he was worth an estimated $130 million and was one of the richest men in Russia. Yeh.

Not one to be tied down by a lack of education, Pyotr was determined to succeed and propel himself into the forefront of the vodka industry. How? With amazing vodka, of course! Pyotr understood that there was no way in that he would succeed if his vodka was just like all the others in the market. He knew that he needed a superior taste and superior image.

Pyotr went through great efforts to improve and promote his vodka, known then as Smirnov. He was the first to pioneer the art of charcoal filtration in the 1870s and was one of the first entrepreneurs in Russia to make use of advertising, letting Russians know that his vodka was truly the best.

Of course, Facebook and Twitter weren't as big in Russia in 1864 as they are today, so Pyotr had to find other ways to shout about his spirit. One solution: to give panhandlers food and drink and in return ask them to fan out around the city of Moscow, demanding Smirnov vodka. It worked. But that was just the tip of the iceberg. Pyotr was also the first to utilize newspaper ads and make use of charitable contributions to the clergy to stifle anti-vodka sermons. He was truly a marketing genius.

By 1886, Pytor had captured two-thirds of the Moscow market and his brand was reportedly a Tsar favorite! Within just eight years of starting, Smirnov was grossing 600,000 rubles annually, almost $7 million in today's dollars. Not bad going for an illiterate serf.

But it wasn't all sunshine and rainbows. Towards the end of his life, Smirnov was constantly threatened by anti-alcohol campaigns by the government, believing vodka was destroying the nation. This led to the Tsarist government seizing control of vodka production in Moscow in 1901, dealing a massive blow to the business. After the revolution, the Bolsheviks nationalized the company and targeted Smirnov's son, Vladimir, who narrowly escaped the country. Thanks to Vladimir, the vodka empire lived on outside Russia. Smirnoff vodka (with the French spelling) was registered in Europe in the 1920s and later produced in the U.S., becoming a best seller on both sides of the Atlantic.

In 2014, Smirnoff vodka attained the title of best-selling vodka in the world. The spirit is currently distributed in 130 countries and produced as far as Albania, Brazil, Honduras, India, Ireland, Italy, Latvia, Mongolia, the Philippines, the UK and the US. All thanks to an enterprising peasant with a passion for vodka.