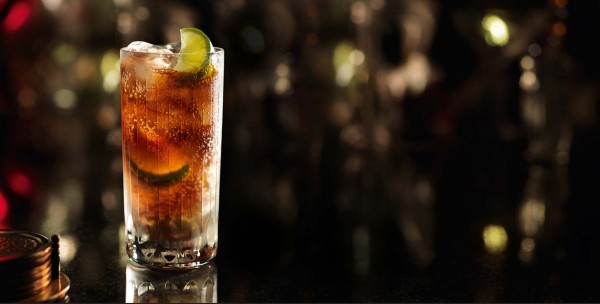 More commonly known as... rum and coke and a squeeze of lime. But if you order Cuba Libre at a bar it sounds fancier. This is the most popular cocktail in the world and according to Bacardi history, it dates back to around the 1900s in Cuba during the American occupation of the island.

The story goes that a Captain Russel ordered a Bacardi and coke with a squeeze of lime and toasted ¡Por Cuba Libre! ("for a free Cuba"), and the name of the cocktail was born.

Fill a Collins glass with ice and add your rum. Squeeze two lime wedges (more if you like it limey!) and top up with cola. Garnish with your third wedge.