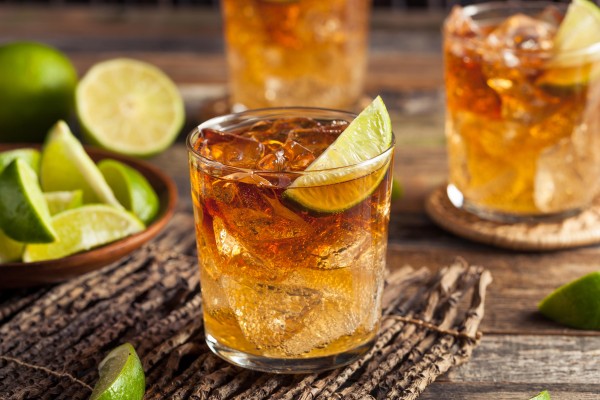 A cocktail established by the Gosling Brothers in 1992, the Dark'n'Stormy is essentially rum and ginger beer. The recipe itself dates back to the 1950s, when sailors mixed Black Seal rum with a locally brewed ginger beer.

Gosling Black Seal Rum have since trademarked the recipe and the name, so if you make it with any other rum, it's called a Safe Harbour.

Pour the rum over ice into a highball glass and top up with ginger beer. Stir and garnish with a wedge of lime.