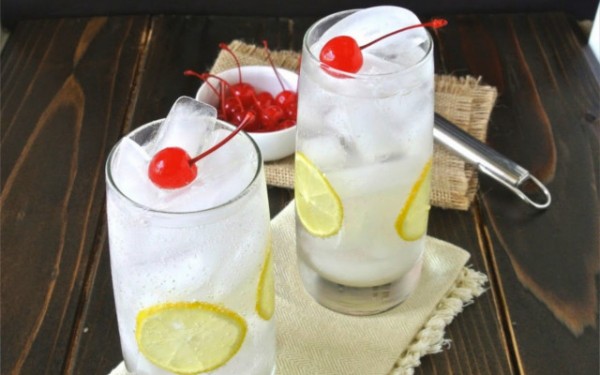 A variant on the classic Tom Collins, the John Collins recipe is less acidic than the original. The story goes that the cocktail was named after the Great Tom Collins Hoax from 1874, a practical joke that took over New York at the time, which involved telling a friend that a man named Tom Collins had been insulting them at the nearest bar. Que that friend going in and asking for a Tom Collins.

Shake the gin, lemon juice and sugar syrup in a shaker with ice. Strain into a Collins glass filled with ice and top with soda water. Garnish with lemon wheel and a cocktail cherry.