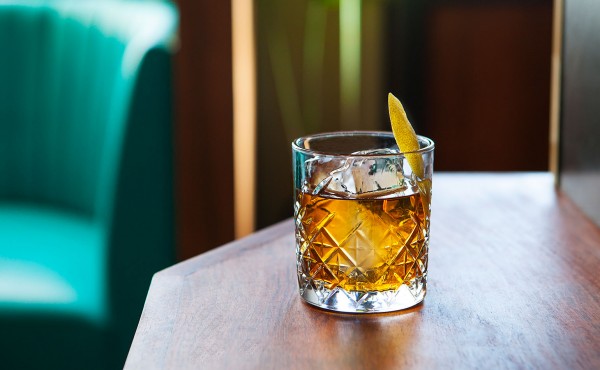 A two ingredient cocktail made from Drambuie (the most distinguished of Scotch-based liqueurs) and Scotch has been around since the late 1930s, but it took until the 1960s to find its heyday. A foolproof after dinner cocktail, the sweetness of the Drambuie counterbalances the smokey bite of the Scotch. The recipe is typically made with a Single Malt but I prefer mine with a Blended Scotch. This is a rough recipe and I'd recommend tinkering around with the proportions until you find your perfect Rusty Nail.

Add the Scotch & Drambuie to a mixing glass and stir with ice to dilte to taste. Fine strain into an old-fashioned glass, fill with ice and garnish with your lemon twist.