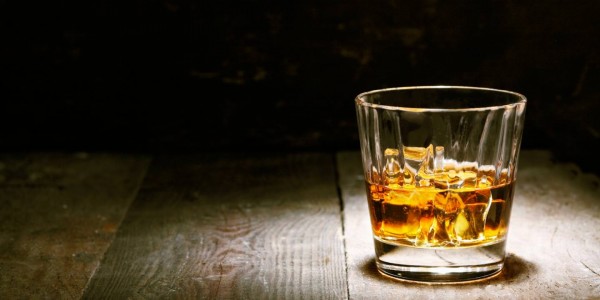 Before you go pouring yourself a ‘wee dram’ in celebration of World Whisky Day this Saturday, take a minute to appreciate the remarkable history inside of your glass.

Whisky – or whiskey, to some - has a history as old, rich and colourful as the liquid itself. Born out of Gaelic ingenuity, whisky can be traced as far back as 1000AD when migrant monks from mainland Europe brought the art of distillation to the shores of Ireland and Scotland. Take that Brexit!

Known back then as “aqua vitae” – or water of life, for those who failed GCSE Latin –  spirits were primarily used as medicines and were usually made from distilled wine. This was a bit of an issue for Scotland and Ireland who, admittedly, have never been known for their Chardonnay. So instead, the Scottish and Irish monks made do with what they had, grain – and so whisky was born!

Neat fact #1: You can see this evolution from tonic to whisky first-hand, all you have to do is take a look at the word itself. ‘Whisky/whiskey’ comes from the Anglicisation of the classic Gaelic word uisce (or uisge) meaning water. Ring a bell? it should. Uisce is just the Gaelic translation of the Latin for water, aqua… as in aqua vitae!

Of course, exactly who created whisky is still fiercely debated between the two rival nations, Scotland and Ireland - each with their own set of evidence to prove their authority.

For example, Ireland boasts the earliest mention of whisky in the world with their seventeenth-century Annals of Clonmacnoise, which attributes the death of a chieftain in 1405 to "taking a surfeit of aqua vitae" at Christmas - don't' worry, we’ve all been there mate – whilst Scotland have the earliest mention of whisky production in the world with an entry in the Exchequer Rolls for 1494 where malt is sent "To Friar John Cor, by order of the king, to make aquavitae". 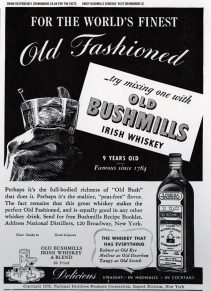 Neat fact #2: Did you know that the oldest licensed distillery in the world is the Old Bushmill distillery in Northern Ireland? It was created in 1608, meaning they’ve been producing their fantastic whisky for over 400 years!

In any case, whisky was invented - and we should just be happy with that! – The real issue was that the distillation process was still very much in its infancy; whisky was not allowed to age, and as a result tasted very raw and brutal compared to today's versions. Over time whisky would evolve into the much smoother drink we love today.

The next big step for whisky was in 1600 - otherwise known as the year whisky went global! It was at this time many Scottish and Irish immigrants began to settle in the land of America where they improved upon the art of whisky distillation. Take that Trump!

However, given the distances and primitive transportation network of colonial America, these immigrants - now turned farmers - often found it easier and more profitable to convert corn to whisky, rather than grain. This signalled the creation of one of the most popular types of whisky today, bourbon- although the title of ‘bourbon’ for American-made whisky wouldn’t be adopted until 1840 when a distiller by the name of Jacob Spears labelled his product as “Bourbon whisky“.

Neat fact #3: Whisky was such a big hit in the US that it was actually used as a form of currency during the American Revolution. Even George Washington operated his own large distillery at Mount Vernon. A President after our own heart!

Things weren’t going so swimmingly for Whisky back home, though. The Acts of Union in 1707 resulted in the merging of the Kingdoms of England and Scotland into Great Britain, which was great... apart from the tax.

The English Malt Tax of 1725 seriously threatened the production of whisky, with most of Scotland's distillation either shutting down or being forced underground. Scotch was hidden under altars, in coffins, and in any available space to avoid the taxman. A majority of Scottish distilleries decided to produce at night to hide their activities, giving whisky one if its finest nicknames, “moonshine”. At one point, it was estimated that over half of Scotland's whisky output was illegal.

Neat fact #4: It was around this time that the English introduced Scotch to India. With an abundant supply of fresh spring water, Indian distillers made some of the finest whiskies for the time. To this day, India LOVES whisky, drinking over three times more than any other country!

It took nearly 100 long years until the United Kingdom finally brought “moonshine” production to an end, giving Scottish distilleries an option to legalize their operations by paying a fee. After this legalization, whisky went from strength-to-strength. The 1800’s were probably the biggest century for spirit, not only marking the end of moonshining, but also major innovations that drastically improved the quality of the dram.

For example, in 1831 Irish inventor Aeneas Coffey patented the 'Coffey still', allowing manufacturers to produce whisky more efficiently, and at a lower cost. Later, in 1850, Scottish distiller Andrew Usher mixed traditional pot still whisky with that of a new batch produced in a Coffey still. This became the first mass-market bottle of 'blended' scotch, and even became a popular import in the U.S. 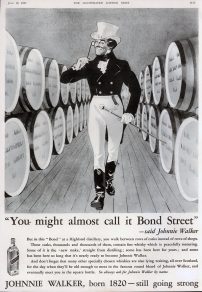 Neat fact #5: In 1820, A certain Scottish grocer named John Walker began producing his own whisky, which would become one of the most famous and most widely distributed brands of Scotch whisky in the world. John Walker himself, was a teetotaler.

The final cherry on the whisky sour came in 1880 when the French brandy industry was (sadly) devastated by the phylloxera pest that ruined much of the grape crop; as a result, cognac and brandy were out, and whisky was most definitely in. Whisky became the primary spirit enjoyed in many markets... and it still is to this day!

So, raise a glass this World Whisky Day to one of the most incredible histories in the world of booze. Raise a glass to whisky!