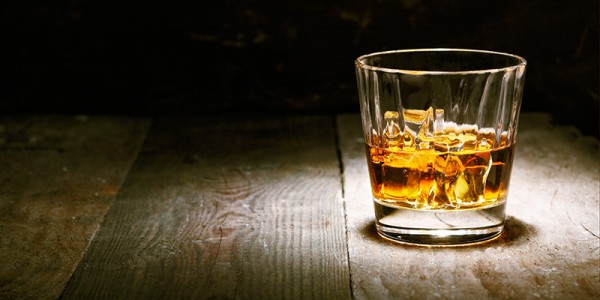 For anyone who's bored with 'Dry January' and looking for an out… we present to you: Burns Night. Come the 25th January, simply claim a slither of Scottish heritage where you can - this is not just a celebration for those who grew up in the family tartan - and grab yourself a dram whilst we take you through the who, what and why of Burns Night. It’s what Robert Burns would have wanted.

What is Burns Night?
Burns Night started shortly after Scotland’s iconic poet and answer to William Shakespeare: Robert Burns' death, when his friends celebrated his life in Ayrshire on the date of his death - 21st July - by hosting a supper, reciting his poems and drinking as much Scotch as they could before they ended up in a stupor. The date somehow became the day he was born instead, January 25th and filtered through to the whole of Scotland and later England but the premise remained the same: good food, good poetry and of course, good booze.

How do I celebrate?
By hosting your own Burns night supper of course! Grab your pals and open with the ‘Selkirk Grace’, named after an Earl who hosted a dinner for Burns once. The menu should consist of neeps (parsnips), tatties (potatoes), Typsy Laird (sherry trifle, for pudding) and of course, haggis. As the haggis arrives to the table, the bagpipes should be playing - you need to prepare your guests for the fact they're about to consume a sheep's organs from a sheep stomach. If your bagpipes are out of commission, streaming the sound of them is fine. Prior to cutting (and during, it's quite long), formally address the haggis with Burn’s ‘Address To A Haggis’ ("Fair fa’ your honest, sonsie face, great chieftain o the puddin’-race!"). It probably goes without saying, but just incase, the proceedings should be sufficiently lubricated by whisky, lots and lots of whisky.

Post-dinner (although whilst still fairly compos mentis), the supper party should partake in a rousing rendition of Aud Lang Syne (Robert Burns' most famous work) whilst holding hands around the dinner table. Then the traditions are finished and you can carry on as you please... whether that’s relishing in your new-found enthusiasm for literature or attempting the Highland Fling with Marc from accounts.

What do I wear?
Tartan. In any form, but we’d suggest a kilt. Although apparently as Burns was a lowlander, he would never have worn a kilt. If you’re just looking for an occasion to crack yours out however, this is it.

Most importantly, what do I drink?
Scotch. Drams and drams of the stuff. And whilst this drink may be the marmite of the spirits world, we’re going to try our hardest to convert you in time for Burn’s Night 2018.

Whisky is like wine, beer and coffee - few people rarely enjoy their very first sip. So don’t be put off by concerns of an overpowering peaty punch; it’s best to start with something slightly sweeter: like a blend. Something lighter, subtler and with a smoother flavour like Monkey Shoulder is perfect. Created from a blend of three single malts (hence the three monkeys on the shoulder), this is a premium, triple-vatted malt for a younger crowd. Sweet, smooth and creamy, it’ll definitely leave you with a taste for the wee dram

If you’re looking for the Bartender’s choice, and something unique, try Auchentoshan׳s Bartender’s Malt. This bespoke single malt whisky was created in collaboration with Auchentoshan׳s New Malt Order 2016 - a group of bartenders who have a unique approach to drinks and bartending. They select 12 new members each year and the chosen ones spend a week with Auchentoshan in Glasgow, learning from their Master Blender about how to create a one-of-a-kind liquid. The 2016 edition comprises of a bespoke collaboration of whiskies from 5 different decades, matured in a diverse range of oaks. It has notes of brioche, dried apricots, milk chocolate and ginger with edgy and expanding finish.

Brand new to the market Peatreekers is a great next-level whisky, which tastes like it says on the bottle… peaty. Named after Scottish rebels who defied a Royal decree to make illegal Scotch, this Islay blended malt is thick with wood shavings, fresh honeysuckle and salty smoke on the nose with sweet peat smoke, vanilla and chocolate digestives on the palate. Rounding off with a long, warming peat-smoked finish.

And for those wanting to impress their Scotch-loving mates, try the Dalmore 12 Year. Produced deep in the Scottish Highlands, this 12 year old single malt is initially matured for 9 years in ex-bourbon casks before being carefully divided to continue its maturation in 30 year old sherry casks, resulting in a complex but balanced whisky with chocolate and aromatic spice aromas, as well as flavours of dark chocolate and orange on the palate. Great for sipping slowly, post-supper.

If, however, you’re more than happy in your whisky-free world (thank you very much), then perhaps this January 25th, in the name of Anglo-Scot relations, you could raise a glass to the great Robert Burns with a Scottish gin such as the Isle of Islay-made Botanist Gin or Eden Mill from Scotland’s only single site distillery & brewery.

Finally, what do I say to show off my whisky knowledge?
"Did you know that although whisky casks are watertight, they're not airtight. So whilst the aging whisky is drawing flavour and character from the casks - it's also being influenced by the Scottish air. Barrels from the west coast of Scotland, aging in the sea air, have salty, seaweed notes and barrels from the Highlands will enjoy the influence of the mountain air."

Now, armed with the tools, go forth and impress this Burn's Night.