Fentimans BRILLIANT beverages have landed on our virtual shelves. Which is great news for you, because you can now enjoy these botanically brewed tipples at home, anywhere in the UK.

And it's great news for us, because we finally had the chance to get experimental with new drink combinations (rather than pouring yet another plain old G&T. Again.) 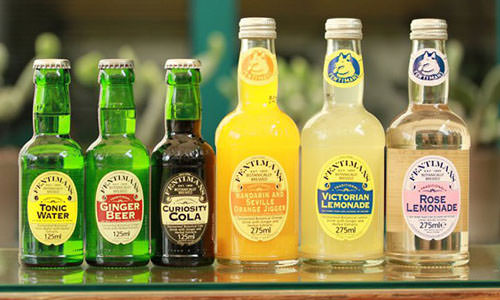 So we took this opportunity to get creative with some great alcoholic new drink pairings, as well as delving a little deeper behind the brand to ask the big questions. Like, How the heck do you botanically brew something? And, Why is there a rather dashing dog printed on Fentimans bottles?

Originally, Thomas Fentiman’s ginger beer was stored in handmade stone jars know as 'grey hens', which were all stamped with the Fentimans mascot. This mascot was based on Thomas' own German Shepherd dog 'Fearless'. And Fearless was no ordinary pooch, winning the 'Crufts' obedience class two years in a row in 1933 and 1934. Good old faithful Fearless even made his way into a Fentimans advertising campaign - a metaphor for the brand's traditional methods and the importance of attention to detail. 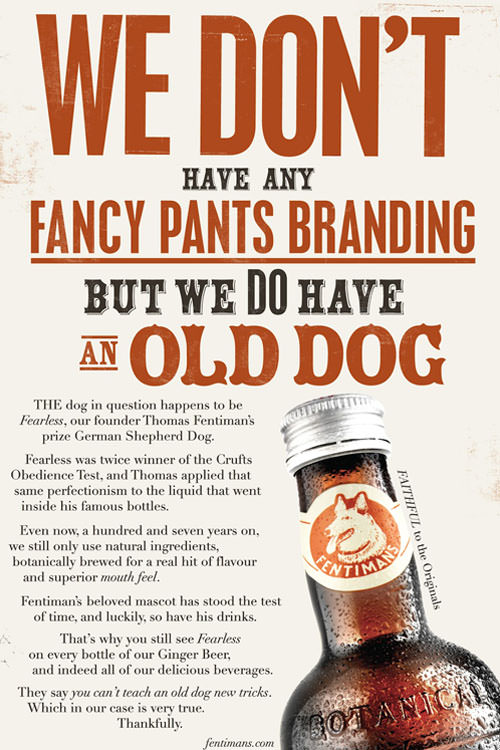 Fentimans proudly remain faithful to the recipes of old, creating brewed beverages with real botanicals instead of artificial flavourings. Each soft drinks takes a full seven days to brew, as per the 100-year-old recipes of Thomas Fentiman.

The time-honoured technique uses a combination of infusion, skilful lending and fermentation of natural ingredients. The result is a superior drink that tastes simply delicious either on its own, over ice, or as a partner to your favourite spirit.

Thomas Fentiman's original recipe involved milling ginger roots, before putting them into copper steam-jacketed pans and leaving them to simmer to release their flavour. This induced the extraction of fine ginger sediment and a flavoursome botanical extract. The liquid was then transferred into wooden vats. 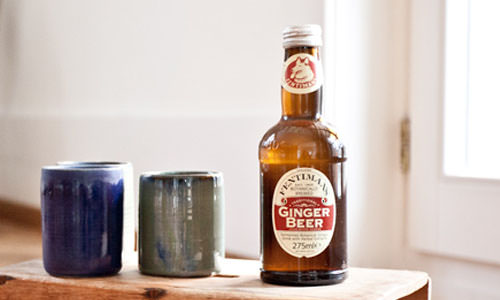 Natural botanical ingredients such as herbs, flavourings, sugar, spring water and brewer's yeast were then added and thoroughly stirred before being left to undergo the process of fermentation. The liquid continued fermenting until a crust of live yeast was evident on the surface. This would then be removed.

The live ginger beer was then decanted from the wooden vats into the iconic Fentimans stone jars, where it came up to condition and was ready to drink within a week. It is this process that produces the depth of flavour, mouthfeel and rich texture which remain the hallmarks of Fentimans drinks today.

The company received an unexpected sales boost in the States back in 2009, after a bottle of its Victorian Lemonade was confiscated from a pupil in Maine because it contained 0.5%abv alcohol. This low percentage alcohol is a result of the botanical brewing, but legally it is so insignificant that Fentimans beverages are classified as soft drinks. In order to feel intoxication anywhere near equal to that from just one single beer, a person would need to consume 5.7 LITRES of Fentimans. So, perhaps a little bit of an overreaction from the yanks on that one... 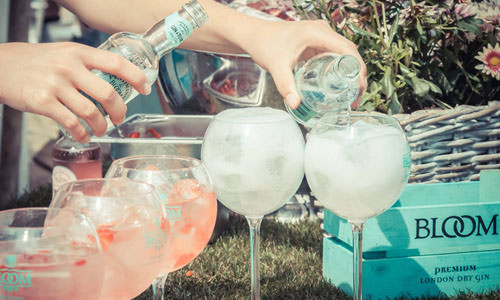 You CAN get alcoholic Fentimans though. They teamed up with Bloom Gin to make a pre-mixed Gin and Rose Lemonade, and Gin and Tonic too. But with a whole range of mixers and soft drinks available, why stop there...

How to drink Fentimans

There's a Fentimans soft drink or mixer for everyone and for every occasion. Enjoyed by designated drivers and non-drinkers straight up over ice – Fentimans also make mean mini mixers, perfect for experimenting with. 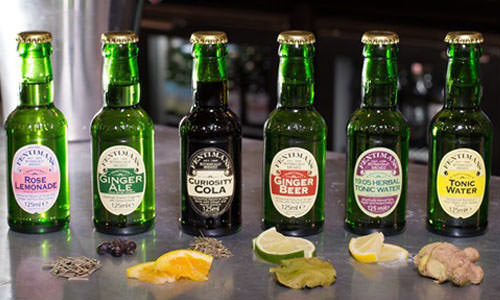 Here are just a few of our favourite pairings: 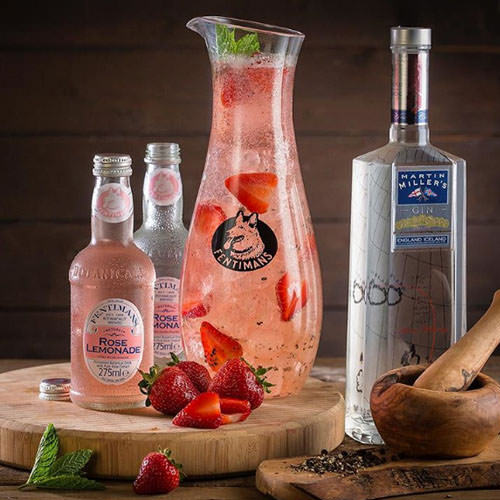 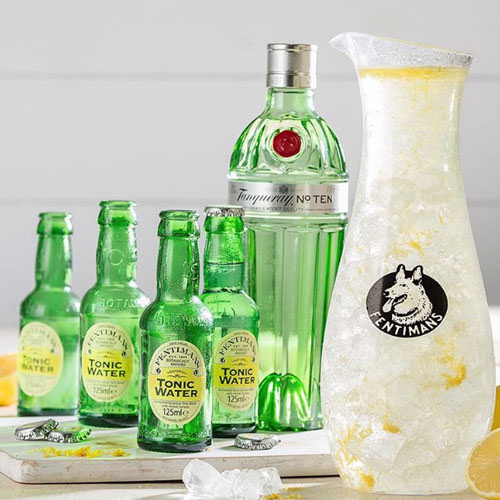 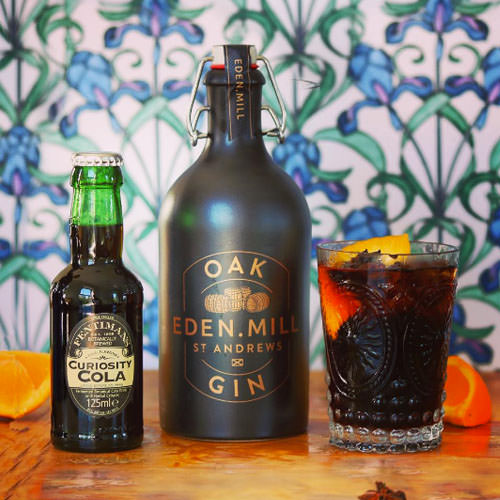 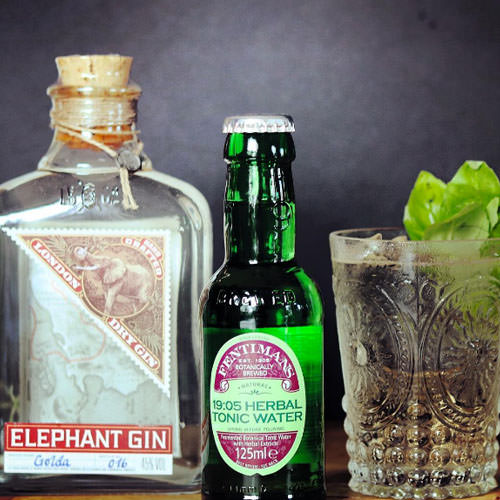 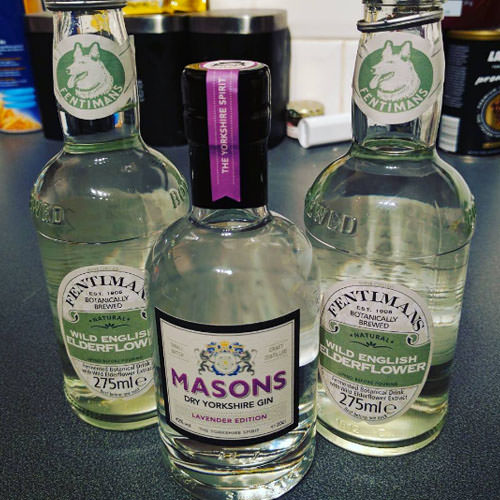 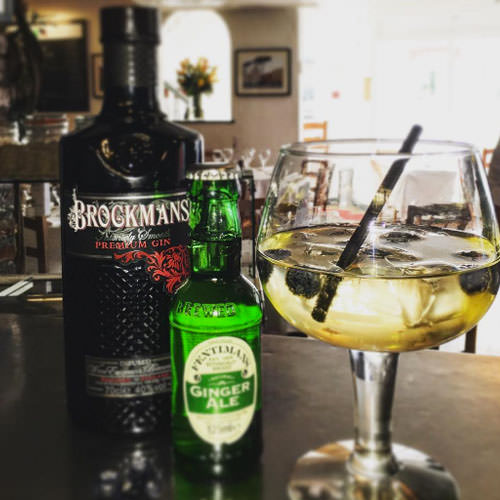