Starward: A Whisky for the New World 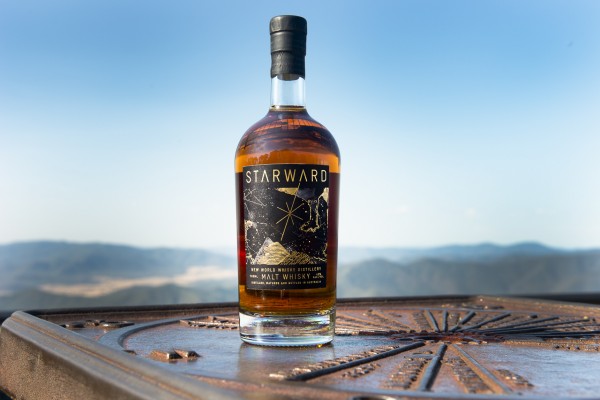 As part of Australia’s fastest growing whisky brand, STARWARD’s Australia Day celebrations, you could win dinner and drinks for two with one of the world's hottest whiskies at a dinner he's hosting at Pitt Cue. But why is this Melbourne whisky taking over the spirit world? Well, let us tell you... 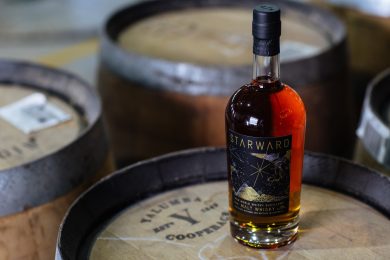 STARWARD began with a simple idea - Founder David Vitale imagined a whisky unshackled from tradition, borrowing from the past and marrying it with the best of what Australia had to offer this iconic spirit category: its barley, its barrels, and its climate. Made with Australian barley and matured in re-coopered Australian Apera — a play on ‘aperitif’ and the word used for Australia’s version of sherry — casks, individually selected and re-coopered to take advantage of Melbourne's 'four seasons in one day' climate. It is this temperamental climate that allows STARWARD to age in just three years, which they call ‘elemental maturing’. As you can imagine, this is where the scepticism starts amongst whisky purists who argue that it takes at least 10 years to age anything half-way decent. 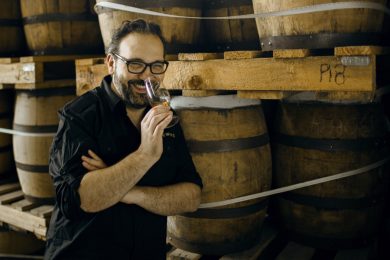 However, Vitale has a perfectly logical explanation for why he’s able to create a worldwide award-winning product. He says “often in Scotland, whisky is considered to be resting over the maturation period, our barrels are working. In fact, I think we have the hardest working barrels in the world.” - it is the Apera casks coupled with the unpredictable climate at their Port Melbourne distillery which is gaining them the award-winning edge over international competitors.

STARWARD Solera, which recently won Gold at the 2016 World Whisky Awards and is about to celebrate its 10th Anniversary (with a limited edition bottle that you could win, more on that later). It has an aroma of ripe orchard fruits - pear, banana, apple, raisin and dried fig - balanced with caramel, vanilla and marzipan followed by a rich, toasty caramel palate where creme brulée notes meet pepper, sandalwood and nutmeg. The finish is spicy and dry, complemented by the full and juicy mouthfeel. 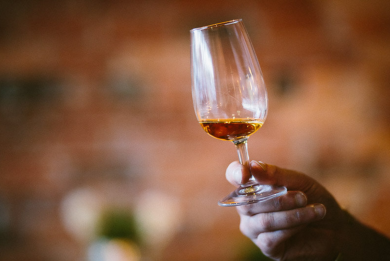 STARWARD Wine Cask Project is a newer distillation from the team, recently crowned Best Craft Distilled Whisky in the world in 2016 at the revered San Francisco International Spirits Competition. It also received a Double Gold medal, meaning it was given the highest possible marks from each judge in its category. 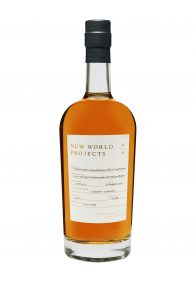 This unique expression, draws influence for the alcohol that Australia is usually famed for… great wines (in this instance, Shiraz). Instead of the Apera used in the Solera, the Wine Cask Project uses, you guessed it, Australian red wine barrels. Shipping them overnight from wineries as soon as they’re emptied so that they’re still ‘wet’ when filled at the distillery. The resulting whisky is red ochre in colour and has a great balance of sweet and savoury (the nose is balanced with aromas of raisin, banana and a touch of balsamic lead to clove, toffee and nougat and the palate is filled with red berries, hints of cinnamon and a variety of savoury and spice) with a long tannic finish, just as you would one of Australia’s award-winning wines.

As part of STARWARD’s Australia Day celebrations and launch of the 10th Anniversary Limited Edition bottling, we’re giving you the chance to WIN a table at STARWARD'S London celebration with dinner and drinks two with the founder of the world’s hottest whisky. He's hosting an Australian-themed food and drink menu at Pitt Cue in London on the 26th January, and yo could be there.

To enter, simply follow the link here and answer the question. Plus, you can QUADROUPLE your chance of winning by buying a bottle from the STARWARD range.