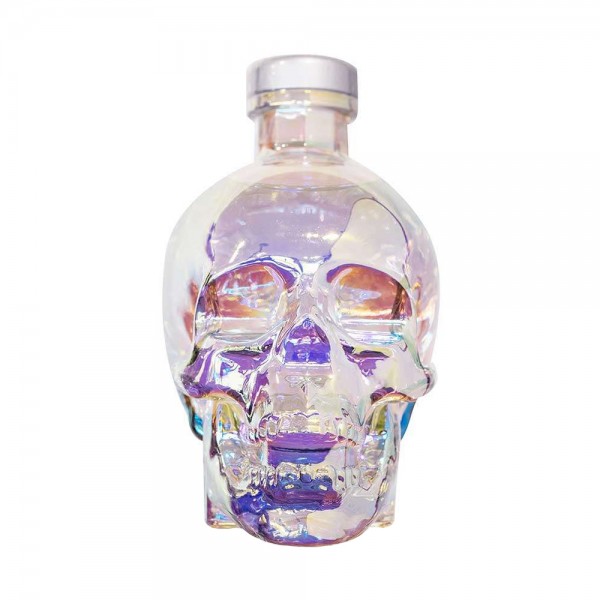 The Aurora Borealis, one of the most breathtaking spectacles in the world. Taking this as his inspiration, Dan Aykroyd has created a new expression of his award winning Crystal head Vodka. Still using pristine Newfoundland water, Crystal Head Aurora vodka does away with the 100% corn recipe of the original and instead chooses to use North Yorkshire wheat. Not content with distilling it four times, the new Crystal Head Aurora is 5-times distilled and filtered through 500-million-year old Crystals known as Herkimer Diamonds. The result is a bolder, drier, spicier vodka with an incredibly smooth character and a warming finish.

Crystal Head Aurora Vodka remains in the eye catching skull shaped bottle but with a twist. It’s metallic iridescent finish, a tribute to the Aurora Borealis, gleams in the light, almost as if you’re looking at the amazing spectacle yourself. The process, using electricity to add very thin layers of colloidal metals, means no bottle is the same.