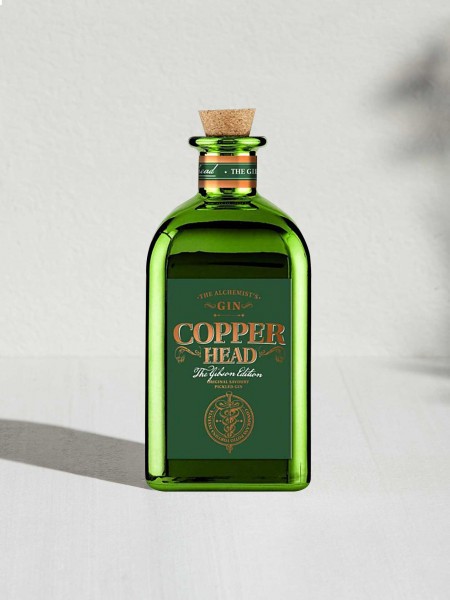 The Gibson Edition is the collaborative masterpiece between one of London's finest bartenders & the owner of The Gibson Bar in London, Marian Beke and Copperhead Gin - distilled at the second oldest operational distillery in Belgium.

With a unique savoury flavour and a hint of spice and umami intensity, it complements the classic Gibson martini and its garnish of pickled onion.

The gleaming, dark green bottle is inspired by the original green tiling of the heritage-listed Edwardian façade of The Gibson Bar - which in the two years since it opened, has consistently been present in the list of the top 50 bars in the world - so it's safe to assume that Marian knows what makes a good martini, and has deployed that knowledge in this sleek limited edition.