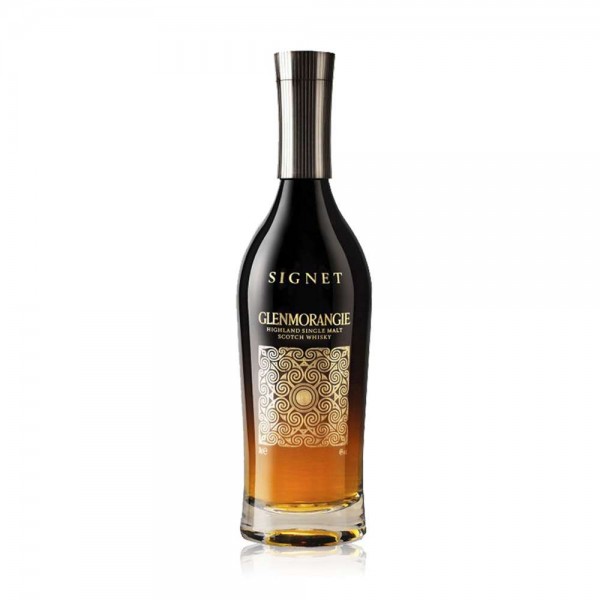 The Award-winning Signet is a top-secret blend of Glenmorangie's oldest Whisky, distilled over thirty years ago when malting still took place on site, and matured in a selection of the world's finest casks.

The richest Whisky in the Glenmorangie range, Signet's melting sweetness and explosive spiciness are in part due to a unique roasted 'chocolate' barley malt and the designer casks the whisky is aged in - made especially for Glenmorangie from American white oak.

A truly exquisite release, we aren't the only ones singing Signet's praises. On the back of a Gold Outstanding Award at the International Wine and Spirits Competition, 2015, Glenmorangie Signet has also been named World Whisky of the Year, scoring 97 out of 100 at the 2016 International Whisky competition.

Comes in the manufacturer's presentation box.