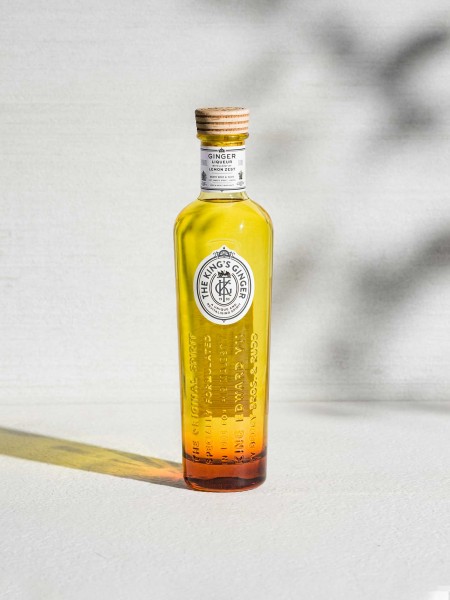 We're working on getting The King's Ginger Easter bundle back in stock as soon as possible. Fill in your email address to be notified when it's available.

First crafted by Berry Bros. & Rudd for King Edward VII in 1903, The King’s Ginger is golden in colour and delightfully robust in flavour. A revitalising and warming spirit that brings people together.

The story goes King Edward VII would endlessly drive his beloved Daimler, whatever the weather. In 1903 the Royal Physician became concerned about the monarch’s health. So, he called on Berry Bros. and Rudd for a solution, a high strength liqueur that would warm and revivify His Majesty. Crafted from ginger, (for centuries celebrated for its medicinal properties) The King’s Ginger was born.

It is unmistakably Ginger on the nose; fresh natural ginger with a faint aura of zesty lemon swiftly entices the first sip. On the palate, the emerging sweetness of ginger syrup is gently interrupted by the tingle of fresh ginger with a touch of lemon citrus. Warm, fulfilling and of great length.

Enjoy this one neat or as a base for a spiced Negroni cocktail or King's Ginger Mule.