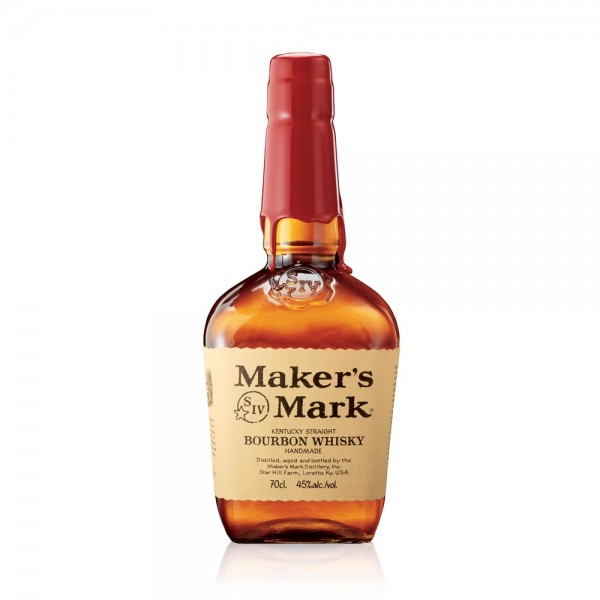 Maker's Mark is one of the most recognised small-batch, handmade Kentucky bourbons out there. Known for its distinctive bottle and trademarked red-wax sealed neck, it has been around since 1958. It is one of only a few American-made whiskies to use the traditional 'whisky' spelling on its labels. The S IV on the label represents S for the Samuels distillery family and IV for the fourth generation of Samuels who started the Maker's Mark line. Maker's Mark is unusual in that they do not use any rye as part of the mash. Instead red winter wheat is used, along with corn (the predominant grain) and malted barley. The winter wheat gives Maker's Mark a soft and mellow flavour profile. Maker's Mark is aged for around six years, and is bottled only when the company's tasters agree that it is ready. The barrels are rotated from the upper to the lower levels of the distiller's warehouses during the aging process to even out the differences in temperature during the process. The upper floors are exposed to the greatest temperature variations during the year, so rotating the barrels ensures that the bourbon in all the barrels has the same quality and taste. Maker's Mark noses up with woody oak and vanilla caramel and goes down smooth and subtle with caramel and fruitiness.