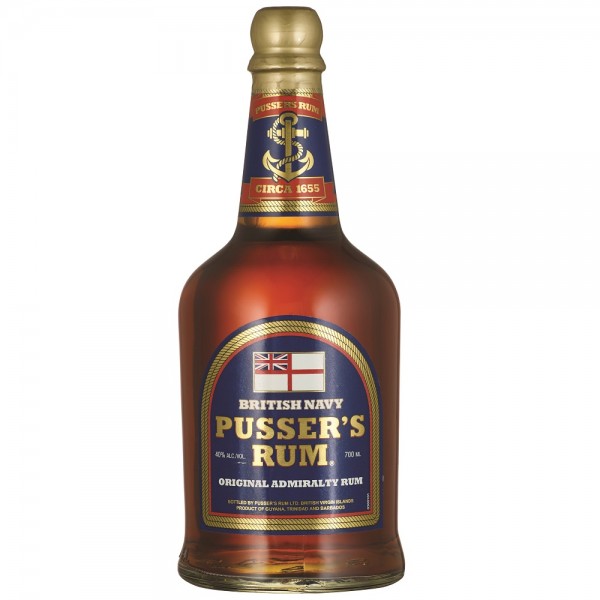 The Royal Navy handed out their last ration of ‘Navy Strength’ rum to the fleet in 1970. A decade later Pusser’s bought the rights to the blending information and has been making the original Navy Rum ever since. This new incarnation keeps the recipe and blends the same but reduces the ABV from 54.5% to 40% to make it more accessible to consumers on land vs. sailors on the water. The result is a lighter and smoother rum which has been allowed back on military bases once again.

The blend consists of the same six West Indian rums found in the original Navy Rum. The blend creates an incredible bold flavour with notes of dried fruit and a sweet vanilla flavour. On the nose notes of Demerara sugar, leather and sultanas dominate.