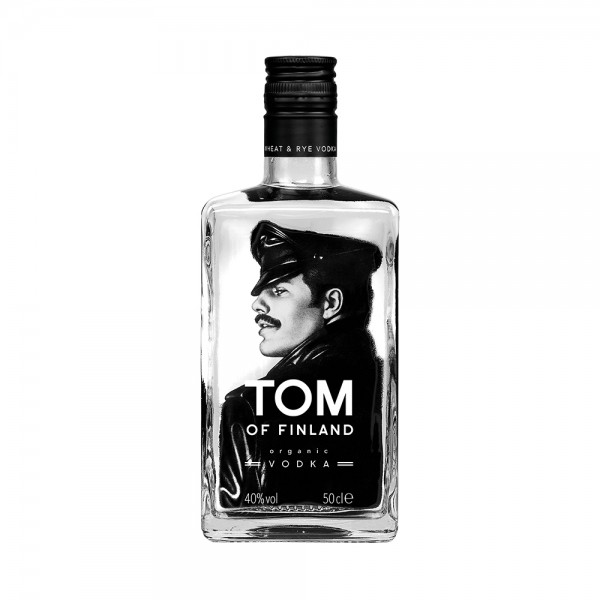 One Eyed Spirits was founded to shake up the old world of spirits with creative bottles that don’t take themselves too seriously. They love to marry pop culture with boundary pushing concepts to create spirits that are simply superb.

Tom of Finland Organic Vodka celebrates the life and art of Touko Laaksonen, the world-famous artist known as Tom of Finland. It is an epitome of what One Eyed Spirits is all about: a bold and daring brand with world-class liquid.

Tom of Finland is widely regarded as one of the 20th century’s most influential artists for his revolutionary representation of the male figure. His work has had a ripple effect throughout gay and straight culture influencing lifestyle, political tolerance, design, fashion and art unmatched by virtually any other artist.

The vodka itself is subtle and smooth, truly perfect in a dirty martini.