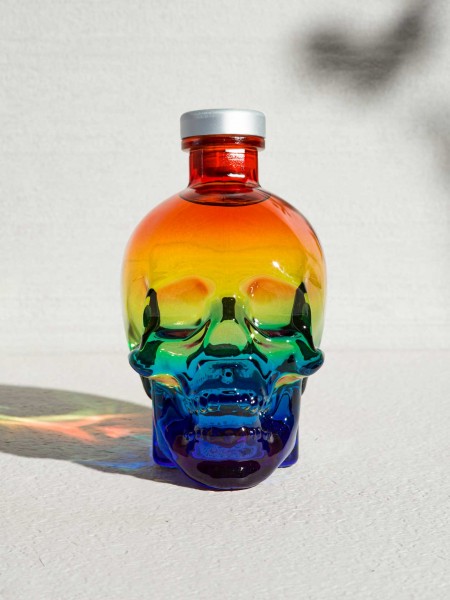 Not considering quadruple-distilled Vodka to be pure enough, founders Dan Aykroyd and John Alexander decided they needed to filter it through 500-million-year-old crystals known as Herkimer diamonds to add the finishing touch. They then went and topped it all by housing their Vodka in this spectacular rainbow skull.

Crystal Head Vodka has one of the cleanest palates out there and little to no burn at the finish, this isn't just a prop, it's serious Vodka.