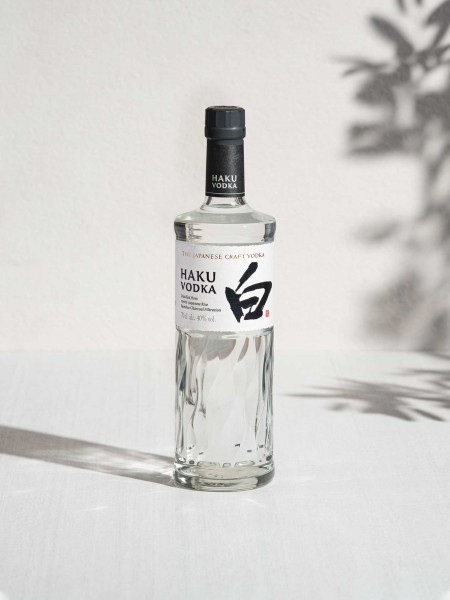 Clear, clean and collected, House of Suntory’s Haku Vodka is the epitome of Japanese craft. Made from 100% Japanese white rice and then filtered though bamboo charcoal, you’ll be able to tell on the first sip that this is no ordinary vodka.

Created in Kagoshima and then finished in Osaka, Japan, the cleverly named ’Haku’ means both ‘white’ (like the vodka), or ‘brilliant’ (like the vodka). The result is a rounded, soft taste - and the natural sweetness of the rice makes for a wonderfully complex flavour with a lingering smoothness.

Consistent with the liquid inside, the minimal bottle nods to traditional Japanese culture, thanks to its washi paper label, Kanji calligraphy and bottle shape, the lines on which representing Japan’s many streams.