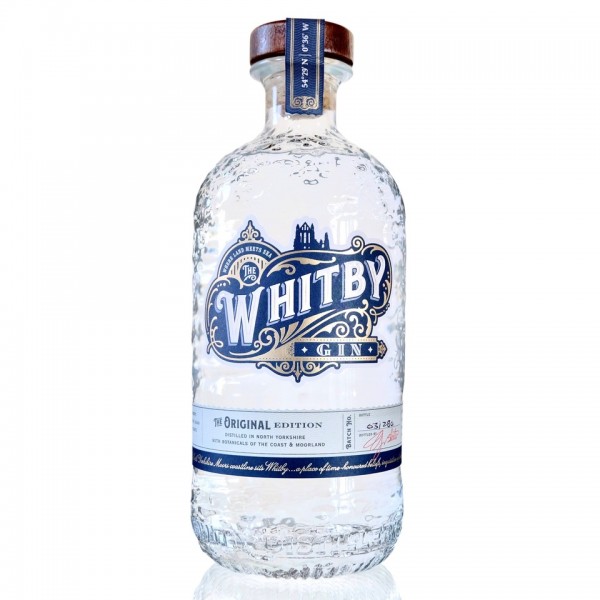 A town which was once home to artful smugglers, inquisitive explorers, fearless sailors is now the birthplace of Whitby Gin.

Couple Jessica Slater and Luke Pentith have created something truly authentic in their Original Whitby Gin. Following a camping trip in June 2017, the duo were inspired by local gins in nearby areas and set their sights on developing Whitby’s first. Nine months, 45 trials and one distillery move later (their utility room was getting slightly cramped!), the gin was finished, and has now won 5 major awards - in less than 10 months.

Everything is done by hand in the making of this craft gin, from foraging to hand-labelling - effortlessly paying homage to Whitby’s rich heritage and culture. An artisan London Dry, Whitby is handcrafted in North Yorkshire using local botanicals, including Sugar Kelp, heather flower and heather honey from the surrounding countryside.

Best paired with Fever Tree Mediterranean Tonic, a slice of pink grapefruit and a sprig of rosemary. Or sip on the rocks!